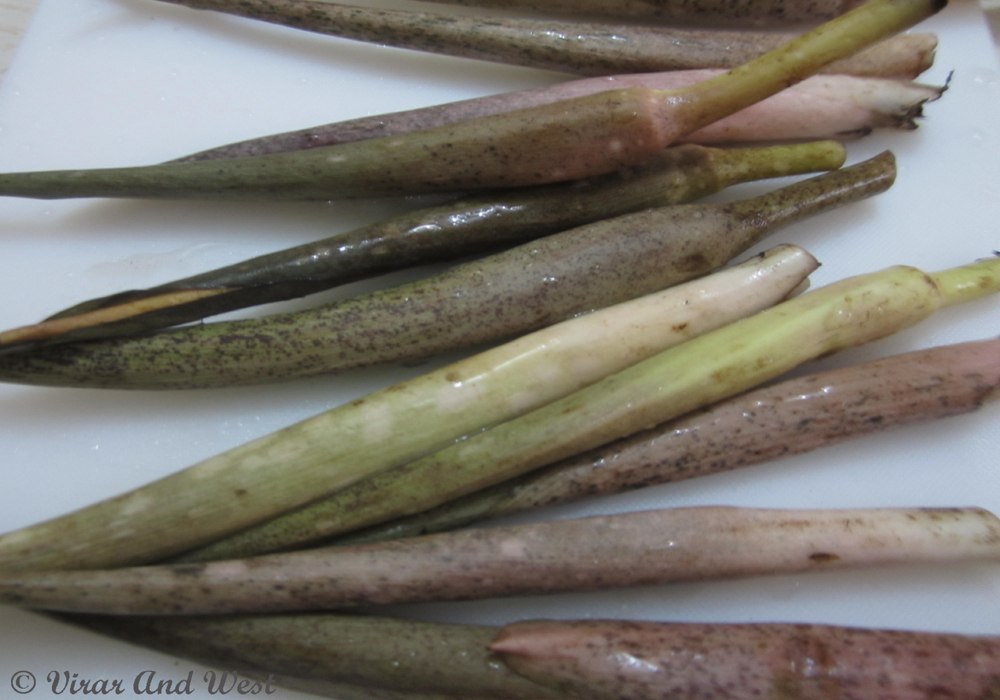 Shevala is an edible, exotic vegetable, botanically related to the family of Suran Flower. You can compare the similarity with the help of pictures (especially the inflorescence structure). Both, Suran flower and Shevala taste similar after cooking and have a very limited season. The difference is Shevala is not a plant grown in farms. You can find Shevala in the markets of Virar, Vasai, Goregaon and Dadar in starting 2-3 weeks of June. (In earlier version of this post I had written that they are found after first rains. Well, it hasn’t rained yet this year and I just bought it from the market. The vendor explained that the one that grow before rains are called dhulicha shevala (Shevala of dust), they taste better, she claimed). This one is forest grown plant plucked by the local tribe mainly Katkari’s from the Interiors in Thane District. The below picture is of the Shevala shoots we clicked  in village Pargaon near Saphale. If you visit this place during the season, some local will graciously take you, like they took us, to show where this plant grows.  Click here to find more pictures  – http://www.flickr.com/photos/virarandwest/sets/72157634170947536/ 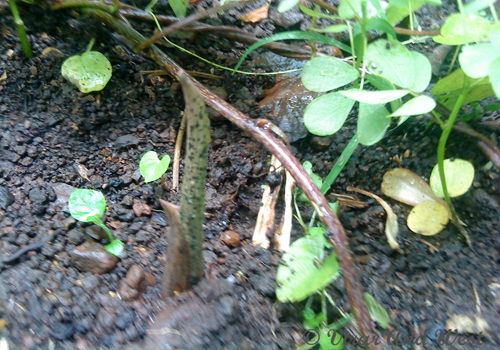 The Katkari’s sell them to the local veggie sellers and they bring it to the markets  of nearby Mumbai  suburbs, mostly western suburbs. In Virar, you can find Shevala in Bazaar that takes place everyday from 7a.m. to 9 a.m in the ground near Virar-Vasai Mahanagar Palika (Virar East). You might  also find it in West of Virar, near Railway Station. 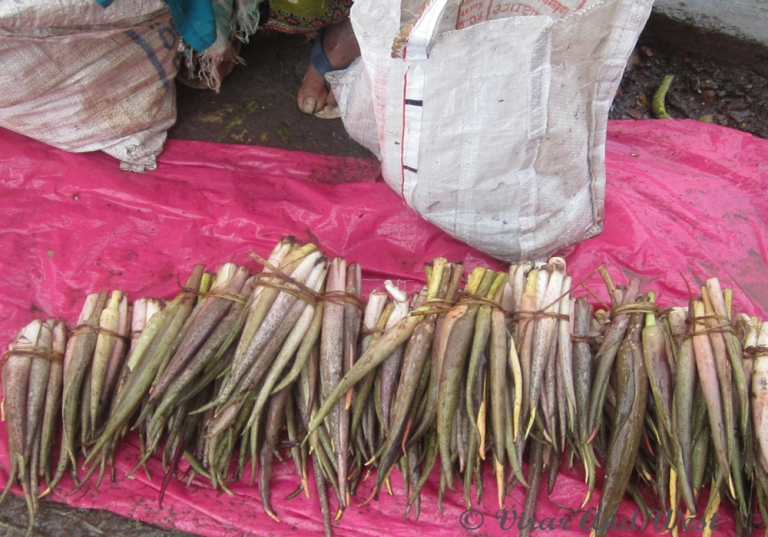 Shevala is an itchy veggie like Taro leaves (Alu). To counter this the seller will also hand you some green fruits that resembles emblica. They call it Kakada. Cut them, remove seeds, grind in grinder and add the extract while cooking.

Like  Suran Flower, Shevala too has a  part with pollen grains, the third down most segment, that is cut off and not used in cooking. Only the rest of the inflorescence (Spadix) and the immediate leaf cover (Spathe) is used. 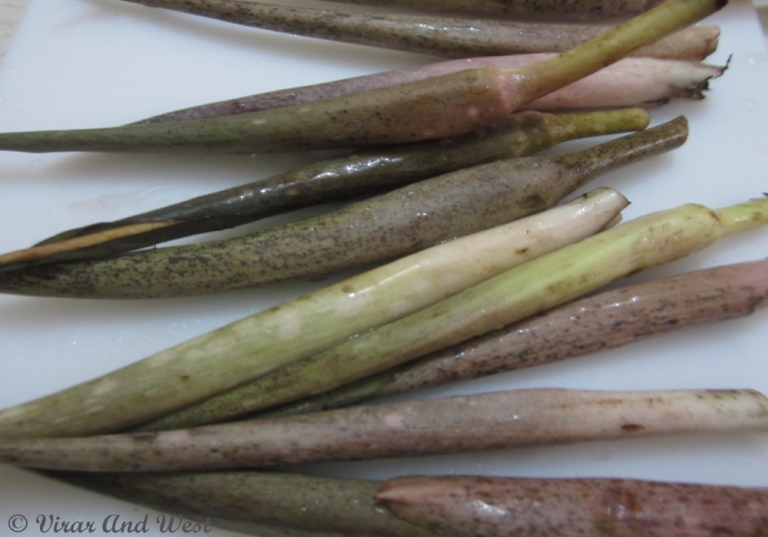 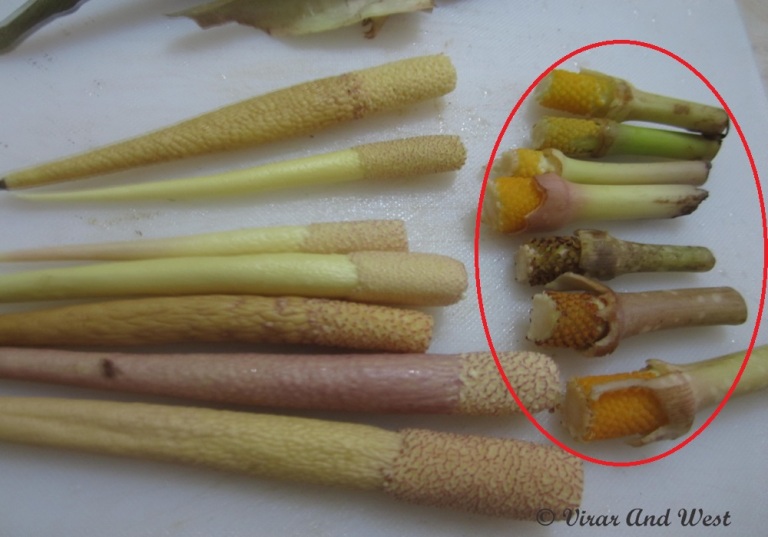 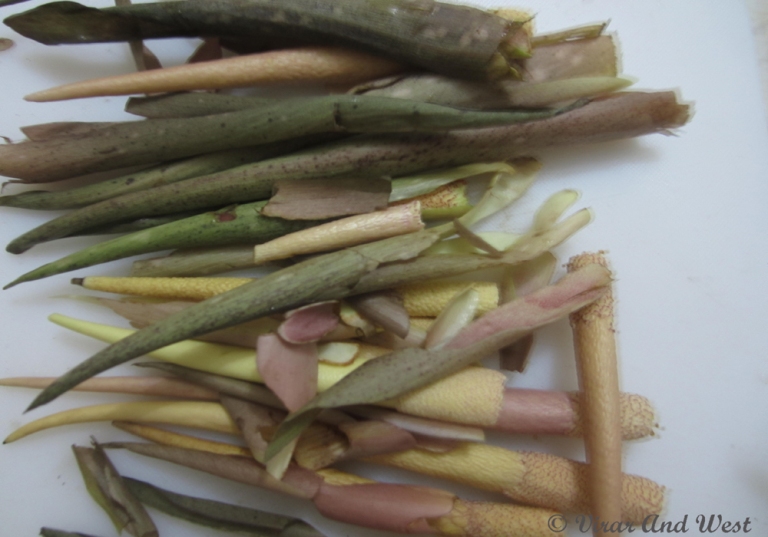 You can cook Shevala exactly  as per  Suran flower recipe given in the previous post or try a new one. Three things that are  Primary requirement in cooking Shevala- A tempering of Asafoetida and crisp frying in good amount of oil(Just like Taro leaves), secondly adding kakada extract and third tamarind extract.  Crisp fried Shevala on Asafoetida tempering can be preserved for six months by keeping it in an airtight container and deep freezing it in the refrigerator. 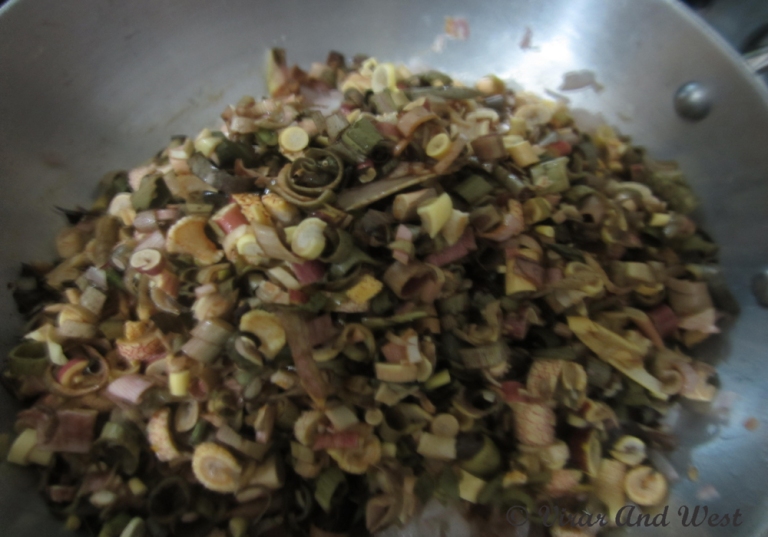 You can add Field beans(vaal) to it and make a curry(Aamti). Non vegetarians add Kheema(cooked minced lamb meat) or prawns to it. You can also make delicious patties adding boiled potatoes or wadi by adding besan flour  and baking it in pan or oven. 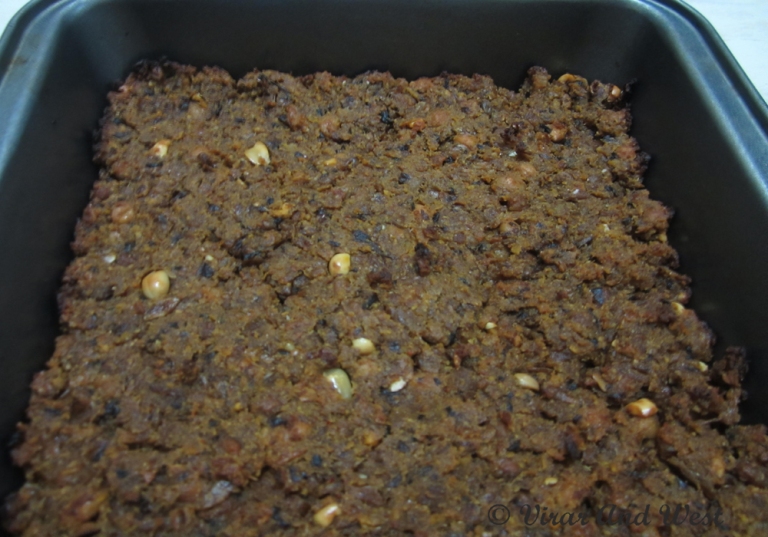 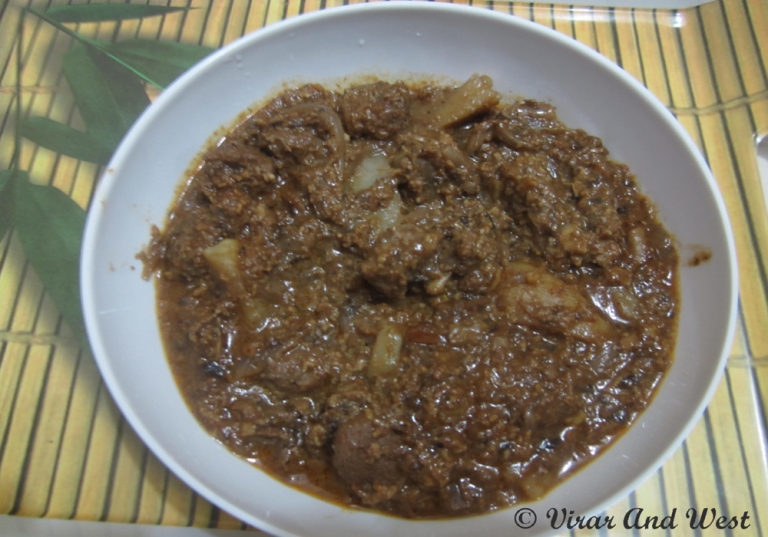 One important tip is that adding beans, meat, pulses or simply rich coconut gravy is vital to this veggie. It alone has no taste but brings exotic flavor to the recipes by its presence.  Shevala also tastes very good with Gram Dal or adding Soyabean Chunks. Just treat your dish royally.

Do share with us your recipes if you are already familiar with this veggie.  Email it to twocents@virarandwest.com and we will publish it here with the senders name.  Hurry, because the season is going.

4 thoughts on “Shevala –A Delightful Start of the Monsoon”

Friends of Virar and West

Friends of Virar and West